A Friendship and a Woman’s Journal of Westward Exploration

Join Virginia Humanities Research Fellow Karen A. Chase, an independent author and scholar, for a talk revealing the life and writings of Elizabeth House Trist, the often-overlooked American woman who traveled westward in 1783, two decades before the famed Lewis and Clark expedition. Friend to Thomas Jefferson, Trist is one of two women featured in Chase’s narrative nonfiction project entitled “Eliza! Eliza!” Just months after the end of the Revolutionary War, Trist journeyed west and south to join her husband in Natchez, Louisiana, journal in hand. She kept the diary at the behest of Thomas Jefferson, her contemporary and confidant. An examination of Trist’s travel journal entries, objects, and letters, offers a glimpse into her personal relationship with Jefferson and other well-known founders. A female figure previously sidelined to the role of spectator, Trist’s words bring her forward as a willing and lively participant in the expansion of America.

Chase is the author of “Carrying Independence,” a historical novel about the signing of the Declaration of Independence, the first in the three-part Founding-Documents Series, and a Daughter of the American Revolution. A partnership between the Library of Virginia and Virginia Humanities allows researchers to examine in-depth the Library’s vast manuscript resources during their stay as scholars in residence. 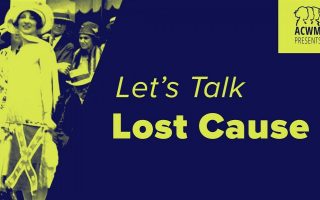 Let’s Talk: The Lost Cause 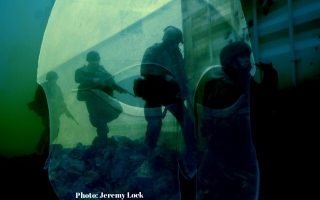 Posted: January 17, 2020
More Suggestions
Get Virginia's history and culture delivered to your inbox.Sign up for our 2x monthly e-newsletter