Virginia Humanities welcomes five new Board members, two of whom have been appointed by Governor Ralph Northam. These individuals will join a Board composed of 24 distinguished Virginia residents.

“I am so excited to welcome this new class of Board members to Virginia Humanities,” said Matthew Gibson, Virginia Humanities’ executive director. “The different skillsets and passions that each of them brings to this organization will have a lasting impact on our work. As the state humanities council, Virginia Humanities’ Board has always been made up of a delightful mix of people from across the Commonwealth with diverse backgrounds and perspectives. We are very glad to be continuing that tradition with this class.”

Each member serves for a three-year term, which can be renewed once. A total of six members of the Board are appointed by the Governor of the Commonwealth of Virginia. The Board elects the other nineteen members. Virginia Humanities’ Board meets four times a year, usually in Charlottesville. To see a complete list of Board Members visit VirginiaHumanities.org/board.

Ms. Abramson has served as a Trustee of the Virginia Museum of Fine Arts for ten years, originally nominated by Governor Kaine and reappointed by successive Virginia governors. She previously worked as a partner in BeauFaux, a decorative painting company, whose commissions included a mural for the Inova Alexandria Hospital Women’s Center. In addition, she previously served as Art Director for Country Magazine, and graphic designer for the Ethyl Corporation and the Martin Agency in Richmond. She holds a B.A. from Clark University and an MFA from Virginia Commonwealth University, where she taught in The School of the Arts. A longtime supporter and participant in the visual arts, Ms. Abramson lives in Alexandria.

Ms. Holliday’s career in public relations spans 35-plus years and includes government and media relations, philanthropy and community relations, strategy and representation. Formerly the Director of Corporate Philanthropy and Community Partnerships at Dominion Energy, Ms. Holliday is now a public relations and ideation consultant. She earned her Bachelor’s degree from Howard University and her Master’s in Mass Communications from Virginia Commonwealth University.

A resident of North Chesterfield, she has served on the boards of the Community Foundation of Greater Richmond, the Richmond Children’s Museum, ART 180, LEAD Virginia, Richmond Region Tourism. She was named in Richmond’s Style Weekly Power List in 2015 and recognized for her volunteerism at the Richmond YWCA Outstanding Women Awards in 2012.

Mr. Jaitly is the founder and CEO of Times Bridge, an investment firm bringing the best global ideas to India and Asia. Previously, he worked for Twitter as Vice President of Media for Asia Pacific, Middle East, and North Africa, Founding Managing Director of Twitter India, Head of Public Policy for Google/YouTube India, a speechwriter for Google CEO Eric Schmidt, and Director of the Knight Foundation in Detroit and College Summit in Washington, D.C. He is the co-founder of Michigan Corps (an online service platform for Michiganders everywhere), Kiva Detroit (America’s first peer-to-peer microlending initiative) and the BMe Community (now America’s largest digital network for black males who lead in their hometowns).

Professor Johnson is Assistant Vice Provost for the Humanities and Director of the Center for Humanities at Virginia Tech, where he is Professor of Religion and Culture. His research examines religion, race, and empire; national security; and the impact of Artificial Intelligence (AI) technology on human identity. Currently at work on a book about AI and the future of humanity, Johnson is leading Virginia Tech’s “Tech for Humanity” university-wide initiative.

Among his publications are The FBI and Religion: Faith and National Security Before and After 9/11 (2017) and African American Religions, 1500-2000: Colonialism, Democracy, and Freedom (2015). A resident of Blacksburg, he holds a PhD in Contemporary Religious Thought from Union Theological Seminary where he studied race and religion.

From 2009 to 2013, he was appointed to the President’s Intelligence Advisory Board. In 2011, he was elected to the National Academy of Engineers, where he chaired the Aeronautics and Space Engineering Board until 2017. He has been a member of the NASA Advisory Council since 2005 and was appointed as Chairman in 2017. He currently serves as Chairman of the Board of USAA and is a member of the Air Force Scientific Advisory Board, among others. Previously, he served on the board of the Wolf Trap Foundation for the Performing Arts.

Learn more about our Board of Directors » 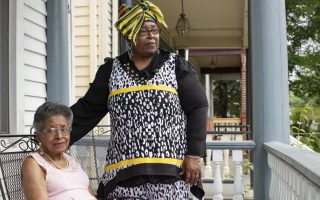 Growing Up in Civil Rights Richmond 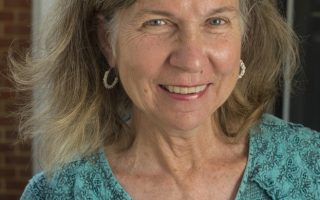 Posted: February 12, 2020
More News
Get Virginia's history and culture delivered to your inbox.Sign up for our 2x monthly e-newsletter