The Secret Lives of Porgy and Bess

VFH Fellow Kendra Hamilton discusses her discovery that the fictional hero of America’s beloved folk opera “Porgy and Bess” was, in fact, a real person and that Hamilton’s grandmother knew him during this Fellows lunchtime talk in December 2012.

Porgy and Bess premiered in New York in 1935 featuring an African American cast of performers. The opera is based on DuBose Heyward’s novel Porgy, which deals with life in Charleston, South Carolina, in the early 1920s.

The gift of a first edition of the novel Porgy led to Kendra Hamilton’s discovery that the fictional hero of America’s beloved folk opera was, in fact, a real person and that Hamilton’s grandmother knew him. “The Secret Lives of Porgy and Bess” documents Hamilton’s quest to put flesh and bones on the man known on the streets of Charleston as Goat Cart Sammy, an act of historical and cultural sleuthing that draws together the history of jazz, Cold War politics, the Great Migration, Al Jolson, and much more into a story with startling implications for our own time. “The Secret Lives of Porgy and Bess” is excerpted from Hamilton’s literary history, Romancing the Gullah: The Rage for Racial Authenticity in the Age of Porgy and Bess.

Kendra Hamilton is an independent scholar, a professional writer, and a lecturer in UVA’s Women, Gender, and Sexuality program. The author of The Goddess of Gumbo (2006), she is also widely published in literary journals such as Shenandoah, Callaloo, and the Southern Review while her essays and poetry have appeared in the anthologies Shaping Memories: Reflections of African American Women Writers, Black Nature: Four Centuries of African American Nature Poetry, and the forthcoming Angles of Ascent: A Norton Anthology of Contemporary African American Poetry. 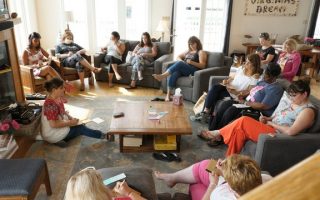