Is James Madison Still Speaking to Us About Religious Freedom?

If you have had the opportunity to tour James Madison’s Montpelier, you cannot help but develop some fondness for Madison. Given his pivotal role in the framing of the Constitution and the Bill of Rights, our respect grows to admiration. Historians are particularly attached to Madison because he left a rich legacy of material to aid in our understanding of the Constitution and early republic, from the Federalist Papers, co-authored with Alexander Hamilton and John Jay, to his invaluable Notes of Debates in the Federal Convention – recently released for a “crowd-sourced commentary” by Montpelier’s Center for the Constitution.

Yet, if you study Madison, you can also develop a bit of a defensiveness for this dedicated public servant. Take the Notes: while the other delegates to the Philadelphia Convention spent evenings in agreeable taverns and at private parties with George Washington, Robert Morris, Benjamin Franklin, and other luminaries, Madison retired to his room every evening to correct and expand his Notes. Adding insult to injury, his remarkable policy legacy is often overshadowed by his friend from Albemarle County who, in death as well as life, seems to tower over the unprepossessing Madison.

This is equally, if not especially true, in the area of religious liberty.

But James Madison is central to the religious liberty that we enjoy. It was Madison who drafted the language in Article 16 of the Virginia Declaration of Rights insisting that “all men are equally entitled to the free exercise of religion,” arguably the first written, legal guarantee of religious freedom (rather than mere toleration by a dominant religion). It was Madison who stood to oppose the onslaught of Patrick Henry, Richard Henry Lee, and others who sought to reimpose a religious tax after the Revolution – while Jefferson was enjoying the delights of Paris. It was Madison who wrote the famous Memorial & Remonstrance Against Religious Assessments which played an important role in adoption of Jefferson’s Statute for Establishing Religious Freedom and which the Supreme Court had repeatedly drawn upon in defining religious liberty. It was Madison who worked diligently with former dissenters – Baptists, Presbyterians, and Lutherans – to encourage religious liberty. And it was Madison who prepared the first draft of the First Amendment and pushed the Bill of Rights through Congress while others wanted him to just sit-down so that they could proceed with what they saw as more pressing business. But he was unwilling to be silenced.

Certainly Madison saw this as a political commitment. We could recall his campaign stop in 1789 at Hebron Lutheran Church where he stood in the snow for three hours to debate his opponent, James Monroe (hand-picked to defeat Madison by Patrick Henry). Owing his election to the House of Representatives to support from former dissenters, Madison did deliver on a campaign promise, but to stop there is to miss his deep personal commitment on this issue. Madison had been absolutely aghast at religious persecution in Virginia; he wrote his best friend in 1774 about the “diabolical Hell conceived principle of persecution” that raged in Virginia, emphatic that “[t]his vexes me the most of any thing whatever.” This zeal when speaking of religious freedom continued throughout his life. Anyone familiar with Madison must look skeptically on claims, repeated by some members of the Supreme Court, that he lost his passion for religious freedom over time.[1]

One might stop here: James Madison: father of the Bill of Rights, author of the Memorial & Remonstrance, at least co-founder of American religious freedom. But ending with warm platitudes on religious liberty would do Madison, and us, a disservice.

Any number of lessons could be drawn from current political campaigns and legislative battles, but space permits only two. For example, one candidate for president, speaking of the so-called mosque at Ground Zero said, “so long as there are no churches or synagogues in Saudi Arabia,” there should be no Islamic center at Ground Zero. James Madison heard similar arguments, and he declared emphatically against such a narrow view. In fact, he insisted that restrictions on religious freedom are “adverse to the diffusion of the light of Christianity.” Any restriction “countenances by example the nations who continue in darkness,… Instead of Levelling as far as possible, every obstacle to the victorious progress of Truth,…” Preference, even for his own religion, evidences “an ignoble and unchristian timidity.” We have nothing to fear, and everything to gain, from freedom, Madison would tell us.[2]

He spoke, too, to the conundrum of official legislative chaplains “paid out of … taxes.” He asked: “Does not this involve the principle of a national establishment, . . . The tenets of the chaplains elected [by the majority] shut the door of worship agst the members whose creeds & consciences forbid a participation in that of the majority…. They seem to imply and certainly nourish the erronious idea of a national religion. The idea just as it related … under a theocracy….”

Now Madison was always the practical man; he had a solution: Members of Congress, just like their constituents, should pay their ministers; there should be no free ride for politicians. “[L]et them like their Constituents, … [discharge their religious duties] at their own expence. How small a contribution from each member of Congs wd suffice for the purpose?… How noble in its exemplary sacrifice to the genius of the Constitution; and the divine right of conscience?” James Madison was concerned not only with religious freedom, but setting a precedent for politicians’ use of the public purse.[3]

There are many other examples, but space does not permit.

Importantly, Madison was not opposed to religion. If you read Madison, it is clear that the former student of theology was personally, deeply religious. But he did not see his religion as in any way inconsistent with his commitment to religious liberty and a strict separation of church and state.

Some homework is necessary: Read Madison’s Memorial & Remonstrance – it is easily located on the web. What you will find is that he is still speaking to us about religious freedom, and from deep conviction. We should listen. 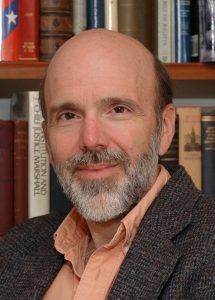 John Ragosta is an independent scholar and Resident Fellow at the Virginia Foundation For the Humanities. His current project is Patrick Henry: Federalist.

[3].  Madison’s Detached Memoranda, circa. 1817, The Founders’ Constitution, Volume 5, Amendment I (Religion), Document 64, http://press-pubs.uchicago.edu/founders/documents/amendI_religions64.html. The University of Chicago Press (spelling as in original).

Posted: January 9, 2020
More News
Get Virginia's history and culture delivered to your inbox.Sign up for our 2x monthly e-newsletter